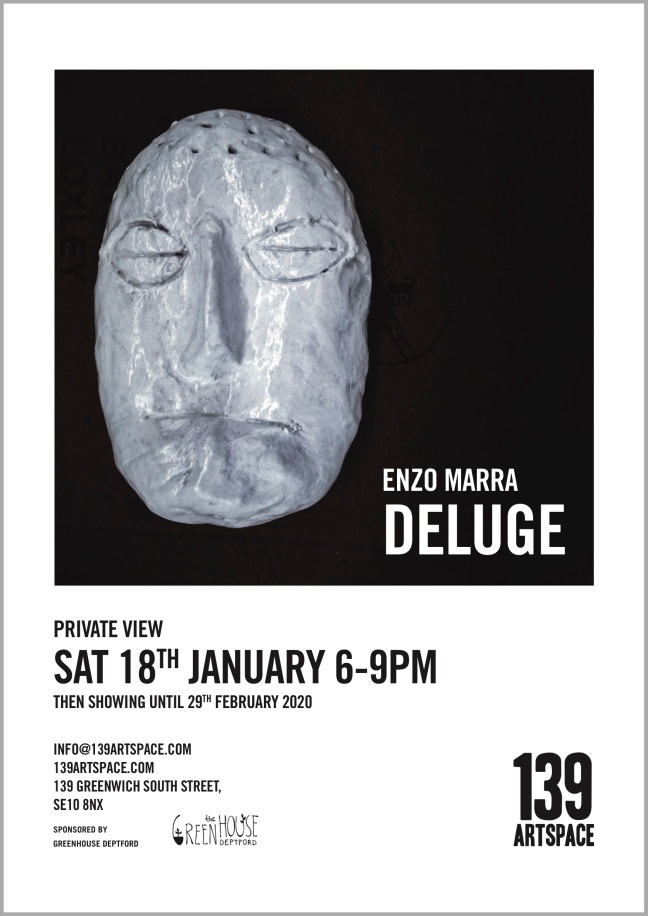 Enzo Marra is principally a painter of artworks that relate to the artworld. How it can be seen from the insiders and the outsiders point of view, the processes and activities that occur behind the privacy of studio doors, the hanging and display of works animated by the commodified space of the gallery, the milling of observers in gallery spaces, the way that their presence then gives life and purpose to the works on display.

In his recent work he has been attempting to further reduce the detail within the finished images. Preferring to work from instinctive sketches and not found photographic imagery as my source material, to give them a more immediate appearance and to challenge me more in my practise. The trueness of inspiration, application and result becoming more relevant, allowing him to reassess what he feels is invigorating and pertinent to him.

For this exhibition he has developed the deluge theme he has been exploring in graphite, watercolours and oils, into a more physical mixed media approach. Utilising ceramics in combination with more throwaway materials, this artwork is the first true sculptural installation he has executed. The immediacy of his usual painterly manner, reflected in the execution of this direct and largely true to materials assemblage. The surfaces of the cardboard base and the refuse bag backdrop, becoming more than their initial qualities when seen in combination.

He was a prizewinner in the 2017 Creekside Open selected by Jordan Baseman at the APT Gallery, London, and was highly commended in the 2014 Beep Wales at the Elysium Gallery, Swansea.